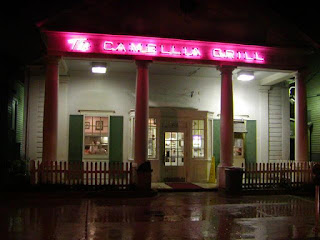 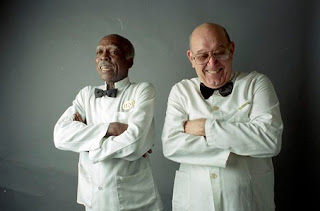 New Orleans or No Orleans


I was born in New Orleans, in '1951.  I grew up in tight cultural orbit of The Crescent City with WTIX The Mighty 690 and WYLD* radio as soundtrack, hearing Jock-a-Mo before it became Iko Iko, Ernie K-Doe, Fats you-know-who, Al Hirt, Irma Thomas, and young Aaron Neville (Tell It Like It is), and many others, all while sitting at the T-pier dock of Biloxi's Back Bay pullin crabs outa the net and takin hardheads off the line.  Sometimes I felt far from home but most of the time felt as if I'd never left and was only on an extended nature vacation fit for a kid.

Music can do that, be a lifeline to the soul, and New Orleans radio never let me down.  I once even won a tiny Japanese transistor radio from The Mighty 690 in a contest.  Visiting my grandparents in New Orleans regularly also helped me stay close to my roots, including trips to Audubon Zoo with my Papa and eating at the tiny counter at the casual and cramped nearby Camellia Grill afterward with him.  It didn't hurt the cause that I learned to play pool in New Orleans on a 1930s antique Brunswick-Balke-Collender table Papa kept in his aboveground basement that my mother had learned to play on.  In a way, it felt like I had New Orleans itself as grandparents. Nor did Biloxi let me down, having absorbed the laidback vibe of its Big Easy neighbor while savoring its own coastal savoir laissez faire milieu.

Musically, I inferred that the whole world sounded like Allen Toussaint and Professor Longhair and what a disappointment to later learn otherwise.  I also half-assumed the whole world got to hear "Carnival Time" by Al Johnson every springtime while it blared from my transistor's tinny speaker and later felt the world had been cheated by half because it hadn't.  Not only was New Orleans in my blood, but I was also in its, whether it wanted me there or not. I wasn't an antibody or even a free radical but happily just along for the ride. I eventually came down with Beatlemania, also through the groovy graces of WTIX, and in its throes evolved 'uniquely', as did most of the rest of the world.
I moved back to New Orleans as soon as I could, not just for Mardi Gras, but for college, studying among other liberal arts the observable effects of legal alcohol for 18-year-olds.  I rode the Freret Jet city bus at night down Freret Street to the Quarter and back, once standing next to one of the original Ink Spots coming home from a gig still wearing his tux, and next to who knows who else in this city of perpetual characters.  I only stayed a year then but moved upriver to Baton Rouge within drunk-driving distance, though later moved back for another unique year, all this being before designated drivers became common.

My father, from the Mississippi Delta, speaking of music, once lived upstairs in the Quarter across from The Court of Two Sisters.  My mother grew up a block away from Notre Dame Seminary and the Archbishop's residence near the end of the St. Charles streetcar line at Carrolton and Claiborne.  My Nana, who perfected a gumbo for which I still have the recipe if not the touch for a perfect roux, later ate lunch with Pope John Paul II at the Catholic rehab facility next to the seminary.  My Papa, whose industrious hobby was raising prize-winning camellias in the deeply dug fertile ground surrounding their house, was vice president of Standard Coffee Company on Magazine Street for 30 years, including the summer of '63 when Lee Harvey Oswald, aspiring patsy or not, worked there as a machine oiler.
New Orleans, for me, beyond its Strange Times On The Bayou mystique, had a Fast Times At Contact High flavor and was a peculiar delight of a city with its extrovert originality reinventing itself every morning after.  It will always be the wind-beneath-my-whims and precious behind-the-levees dry land of my birth and of a few risky years of teenage debauchery and intrigue, including my secret Tuesday forays from Biloxi at Mardi Gras, and the lush black subtropical bottom soil, the kind my Papa's blue-ribbon prize camellias grew in, may yet end up holding my own grounds.
My thoughts of post-Katrina New Orleans are these:  I'm happy for the people who still get to live there and visit there and wish them all very well.  I'm very sad for The Diaspora who were forcibly displaced and prevented from returning if they wished to or otherwise couldn't.  The corporate buskers of the new city, as nice as it may be getting, have created more or less a No Orleans, rather than a new New Orleans.  No Orleans is a big Potemkin village hologram and represents a cynical and manipulative engineering feat of ethnic-cleansing, though someday the city could regrow its soul, but only if The Diaspora are properly mourned and redressed.  Talk about a need for a Right of Return.  And an argument for better levees.

I wish for a new generation of leaders, who aren't driving drunk with absolute bottom-line corporate power, to help New Orleans regenerate to its former greater expansive self, keeping the positive changes, but retrieving its soul, because the city and its people deserve it, especially including The Diaspora.
______________________________________

-- In 2nd photo:  Harry Tervalon, Sr., right, with his longtime grill-mate, Wildred Batiste.  Tervalon, who worked the first day Camellia Grill opened, stayed there and worked for another 49 years.
-- If I Didn't Care, by The Ink Spots -- https://www.youtube.com/watch?v=rvwfLe6sLis
-- Carnival Time, by Al Johnson -- https://www.youtube.com/watch?v=ccu2_MRMF5Y
-- Lower 9th Ward Blues, by Al Johnson -- https://www.youtube.com/watch?v=DvXjNfAXc_k
* "The legendary Joe Banashak held auditions for his Minit Record label at WYLD in the fall of 1958. The line-up included the cream of the crop of New Orleans R&B artists—Irma Thomas, Aaron Neville, Ernie K-Doe, Jessie Hill, Benny Spellman and Allen Toussaint, who became the arranger for the label. WYLD was the harbinger of the black music scene in New Orleans". http://www.offbeat.com/articles/radio-history-black-radio-and-new-orleans-music/ 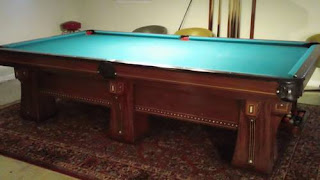 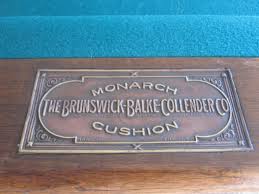