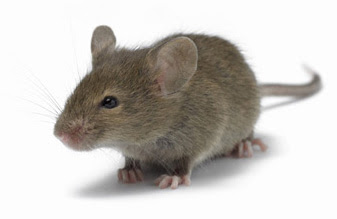 Twas in the Hours as Wee as a Mouse

It's very early Christmas Eve, into the wee hours, and all the creatures are stirring, because of the Mouse.

Robin Cat had carried Mouse into the cabin and set her on the living room floor to play the cat versus mouse game.  Lily Cat hurried over to join in, usually the more avid hunter.  This is approximately when House Security noticed the policy violation and began closely monitoring the situation.  Though largely keeping her cool, House Security began to experience a threat level approaching mild human panic.  Even bouncers have their limits.

To initiate the games, Mouse ran off a short way.  Lily immediately cornered Mouse beside the Cat Jail and carried her to the bathtub and hopped in.  Robin followed and all three were soon in the tub, just standing there on eight little and four tiny feet.  The tub is the usual Mouse repository and destination when Robin or Lily can sneak one indoors past House Security, and, for the moment, all was still, a prelude, but to what?

By now they were being observed closely by the House Detective, who doubles as  House Security.  There was no panic.  She knew exactly the risks and what to do, though was a bit leery.  However, without hesitation, in a closer brush with Mouse than preferred, she lifted Lily and Robin one at a time out of the tub and removed them from the tiny bathroom and shut the door.  Thereby Mouse's life was preserved.  It would also give House Security and the House Detective time to think.  Meanwhile, the cats paced impatiently nearby, adrenaline flowing through their dilated vessels.

After quick deliberation, Mouse 911 was called.  First, there was no answer.  "Answer your phone!" reverberated soundlessly through the ether.  A second phone number is tried, and contact is made.  The stage is set.  Soon all the actors will be in place.

Mouse 911 arrives within minutes and discusses the situation with Ms. Mouse 911.  As he's expertly briefed, his vision sweeps the room.  He notices Robin is detained in Cat Jail, a kennel in the general population area.  He notices the bedroom door is closed and assumes Lily is in isolation.  "Good call", he thinks.  He's worked with House Security before and is impressed with her threat assessments and general first responder professionalism.  There had been, however, that "bird flying around house" disturbance, but birds are another threat level entirely for Ms. Mouse 911 and her security team.
|
The briefing having been completed and a couple of wildly hopeful plans having been floated, Mouse 911 enters the diminutive bathroom and closes the door behind him to the sound of bullfight trumpets flaring in his head.  He's brought gloves and a cardboard box and is ready for anything, perhaps even a mouse, but Mouse has other ideas.

Where's Mouse?  How did she climb the tub walls?  Isn't that impossible?  Mouse 911 scans the bathroom for clues to her whereabouts.  There are no stockings she could be hiding in, hung with care or not.  There are several places she could be nestling in though, snugly at that, but there was no clatter to help settle the matter and nothing to his wondering eyes did appear.

Mouse 911 now searches the bathroom more methodically for clues.  Where would Mouse 911 hide if he were a Mouse?  His gaze fixes upon the corner behind the sink.  He lifts the small pink pail there.  There she goes, running along the baseboard back toward the tub, a furry gray streak with her winter coat fully grown in and a long mouse tail!  She's cute!  She's gone!   She's become invisible again.  Moving the small metal shelves near the tub away from the wall, there's her tail!  Now gone again!

Having looked and relooked pointlessly for 20 minutes for a rather invisible Mouse, in the litter box, on the shelves, in the medicine cabinet, under a plunger, inside various small pails, and behind the toilet scrub brush holder, and moving everything movable at least three times, Mouse 911 is beginning to doubt his senses.  Though usually not one to give up or get discouraged, he admits to himself Mouse is too smart for him and calls for Plan B to be activated.

Ms. Mouse 911 agrees and stands down House Security and releases Robin and Lily back into the community without restriction.  They head straight into the bathroom, and the door is shut behind them.

Robin is a sleek lithe part-Russian Blue athletic danseur of a cat, a handsome serious young man with strong communication skills, who strongly resembles Mikhail Baryshnikov if Baryshnikov had somehow been turned into a sharp-clawed patrol cat.

Lily is a compact beauty, a sweet Holstein-marked black and white fireball spitfire sweetheart, alternatingly cuddly and commanding, a lighter-than-air gymnast who in much of her spare time seems to be comprised almost entirely of one tightly flexed muscle ready to uncoil.

The two are longtime companions and intermittent sparring partners.  They are best friends and sometimes sleep spooning one another and wake up fighting.  It works for them.  They also between them have two expert noses and are an experienced Mouse-hunting tandem.  Mouse's chances of evasion have slimmed greatly.  She'd probably take a plea at the moment.  "Let me walk out of here, and you'll never see me again.  I swear!"

Peeking in, Mr. and Mrs. Mouse 911 right away see that Robin and Lily have converged on Mouse, who is hiding, not behind, but under the toilet scrub brush holder in its corner.  Mouse 911 makes a mental note of that.  Mouse 911 now reenters the bathroom and closes the door behind him, clearly hearing a rousing chorus of Olé!

Four of the five known mammals in the house, not counting any living within the walls who would no doubt be listening attentively to the proceedings, are now squared off in cramped confrontation, with Mrs. Mouse 911 on the outside reconfiguring her security arrangements and hoping at least one of the four knows what they're doing.

Mouse 911 takes and holds a breath and lifts the toilet scrub brush holder.  Using his jaws, Robin instantly snatches Mouse from the floor, head first, with only her tail sticking out of his mouth.  Now what?  Open Robin's jaws and grab Mouse with gloved hand?  Or pick up Robin and carry them both outdoors?  Since there are two sets of sharp teeth involved in the first option, Mouse 911 opts for the more logistically challenging cat lift, though unsure if it's ever been successfully tried before.

With history possibly about to be made, Mouse 911 picks up Robin, holds him out in front of himself, steps out of the bathroom, and Mouse, lively and quick, immediately escapes Robin's jaws and suddenly appears standing sideways across the back of Robin's neck.  Robin, still being held up in mid air, is stymied and left hanging, literally.

Robin's untenuous position aside, Mouse 911 faces a moment of truth.  There are a hundred safe hiding places Mouse can find within seconds.  Any second now a vigorous cat squirm could occur and Mouse could escape in a squeaker.  Mouse faces her moment of truth too, but Mouse 911 is the first to act.

Robin is quickly set down, and before he can execute a danseur's grand jeté, with Mouse riding sidesaddle on his neck, in a lightning reflex, a flash, a twinkling, a gloved hand gently but firmly enough closes around Mouse's soft abdomen and neck.  No one wants to be smushed or bitten, and Mouse didn't ask to be brought indoors in the first place.  Mouse 911 is merely in the process of restoring nature's balance, and no mouse has been truly harmed in the process of this story unfolding.

Mouse 911 looks down at this little life in his hand.  She's small but a bit chubby and plump.  He laughs when he sees her in spite of himself.  He can feel her warmth, her essence, through the glove.  She's no doubt in shock, scared, but not witless.  She feels.  She breathes.  She submits.  She waits.  This is self-preservation.  She's merely working out the timing and factoring in the guile and agility required.  She by no means has given up.  One way or another she hopes to survive.  She'll soon know.

Now with the end-game at hand, Mouse 911 begins to experience a threat level approaching mild human panic, but it's more of an upbeat variety of the kind that develops when positive steps are being taken that could very well end in success, as in "This just might be crazy enough to work"!  Security!  Security!  Code Green!  As in Go!

And Robin and Lily and The Mouse 911's, after their interesting night of unpredictable fun, would settle in for a long winter's nap, with no kerchief or cap though with a cat in a lap, as their adrenaline recedes after their Christmas Eve flap.

This was a tiny Christmas Eve miracle that was coaxed away from becoming a debacle.  With the New Year approaching, it's good to have a reminder that as history unfurls, Mouse-sized and larger, unpredictable though it can be, it can be kind, inventive, and with a good outcome for all, and that the future is not something set in stone but can be modified by the power to think, say, and do, and most of all care.  If we dare.  And this means me and you.

Now tis the night after Christmas, and all over the house, not a creature is stirring, not even Mouse.