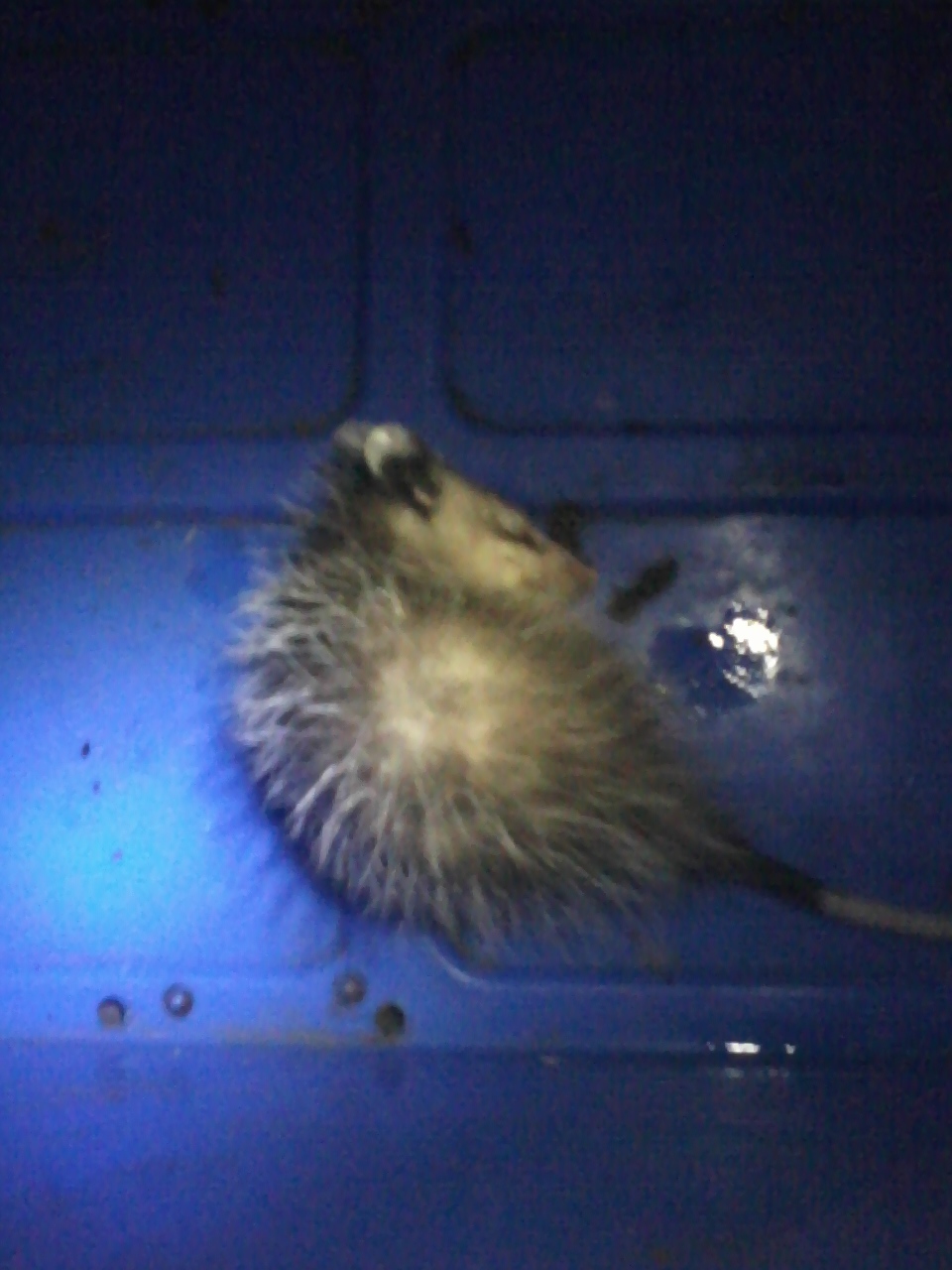 Robin Cat is part-Russian blue, part gallant and debonair bedtime luxuriant, and part martial artist attack specialist.  He also has a penchant for setting down his found treasures in the recycling bin on the porch.

Around this full-moon midnight, Robin Cat set down Playing Possum Toddler, who is new to this serious game, and whose awake ears pivot to track voices and whose eyes briefly dare open to size up the situation.  She may not like what she sees, but she goes with her strength anyway, lying still otherwise.

Seen in the bin, one might consider this event to be Playing Possum Toddler's  'blue period'.  We were just hoping she wasn't injured.

After consulting with each other about what to do about 'this one', the bin was slowly carried off the porch to the yard, turned gently onto its side facing a nearby fence she could fit through, and a small bowl filled with moist duck food pellets was placed between the bin and the fence.  Four or five tiny steps will go a long way toward nourishing her strength and soothing her nervous system.  She will find something she had come for after all.

Previously, full-sized Daytime Possum had devoured this type of duck food, returning for seconds to no avail the next two dusks, leaving unrequited.  We would like to see Playing Possum Toddler again too, though maybe when older and less at the mercy of the indigenous hunger games.  At last sight, she was in the bin standing up with her hopes rising, along with ours.