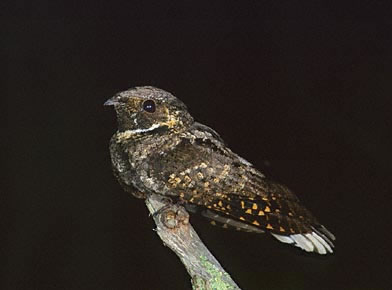 Where The Poor Are Not Whipped/Where There's A Will

Prologue:  I'm happy to report a cool mellow peaceful evening after a rainy day.  The woods feel at ease.  Drought is hard on everything.  Rain makes everything feel more normal.  Everything and everyone is relaxed.  The day begats the night, its bats and its starlight.

You know the night is beginning when you hear the deep, modulated tones of a perched hoot owl quickly followed by a departing Great Blue Heron's bellowed primitive squawks.  Short-neck bats are swooping and suddenly diving after insects over the cove, and soon bullfrog and treefrog chants begin and fireflies perform their strobe shows and guessing games the last hour before dark.

The whippoorwill, so determined and musical last night, is performing elsewhere, perhaps up the hill by the ancient little two-story beer joint shack, that leaning anachronism managing to stay upright among the much more newly built gated and other exclusive cul-de-sacs held together by prideful esprit and shared disdain for the lessers.  You know.  The juke joint that the spoils behind the gates complain about like it doesn't belong.

Well into dark, nearby coyotes faithfully answer the call of a distant passing siren once again headed for the highway.  They never seem to tire of their work, neither the coyotes nor the ambulances.  Much later, a small brown rabbit in an open space hops away but stops, not threatened.  It's a confident bunny.

It's a confident and also clever rabbit that doubles back under the working noses of dogs chasing it, such that the dogs retrace their gallop and follow the rabbit in elongated circles, as deer do to coyotes on their scent.  It's a serious game with unforgiving consequences that make it more likely they stay alive, thrive, survive.

Today I saw deer strolling a regular neighborhood, grazing lawns and slowly roaming the blocks, and a baby one dart safely across a street to rejoin family.  They feel safe there.  The grass is greener and delicious and makes a superior bed.  The deer natural fear of coyotes is balanced by the coyote natural shyness to people.  Nature loves stasis as much as change, and  progress stays close to the fence.

After 20 years here, it's still hard to believe we're in the city.  What must the birds and other animals think?  Why, these people came out of nowhere, and by the time we realized what was going on it was too late to do anything about it.  They are somewhat compliant and easily outwitted though, but we still must outwait and outbreed them.  We might even become best friends, but only if we remember how wild they are.

Epilogue:  Yes, there too are cats, but they are asleep and had asked for the night off from these stories, something about their intergalactic union and a work slow-down.  Cats are the real threat - to loneliness.